"A Musical Expedition" with David Won and Timothy Steele 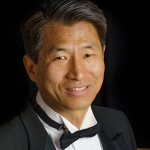 Join us for "A Musical Expedition" Concert with David Won and Timothy Steele!

Tenor David Won is a popular recitalist and concert singer in the Greater Boston area. Mr. Won has recently returned from a concert performance in Palermo, Italy, where he performed with composer Bartolomeo Cosenza. Since December of 2014 he has coached regularly with Timothy Steele and has performed about 100 full recitals. David Won entered Seoul Theological Seminary to study Church Music in 1980, then transferred to Seattle Pacific University, where he received a BA in 1983. In 1986 he received a Master of Divinity from Asbury Theological Seminary, and in 1993 a Master of Theological Studies from Harvard Divinity School. He has always been deeply involved in music, particularly choral music. His first CD, “Only Love” featuring Pascal Szymczak’s works was released in December of 2017, and his second CD “Languages of Love” in February of 2018.

Timothy Steele is an active vocal coach, collaborative pianist, and conductor, and is currently in his twenty-ninth year on the opera faculty at New England Conservatory. He has served as conductor/pianist for over 180 operatic productions with 33 companies, including Opera Theatre of St. Louis, Boston Lyric Opera, Boston Symphony Orchestra, Wolf Trap Opera, Central City Opera, and Opera Maine. He is currently the producer of Milton Community Concerts and is the music director/organist at historic First Parish Church in Milton, MA. A native of Des Moines, Iowa, Timothy received his Bachelor of Music from Drake University and a Master of Music from the University of Southern California, where he studied collaborative piano with Gwendolyn Koldofsky.

Registration for this event has now closed.